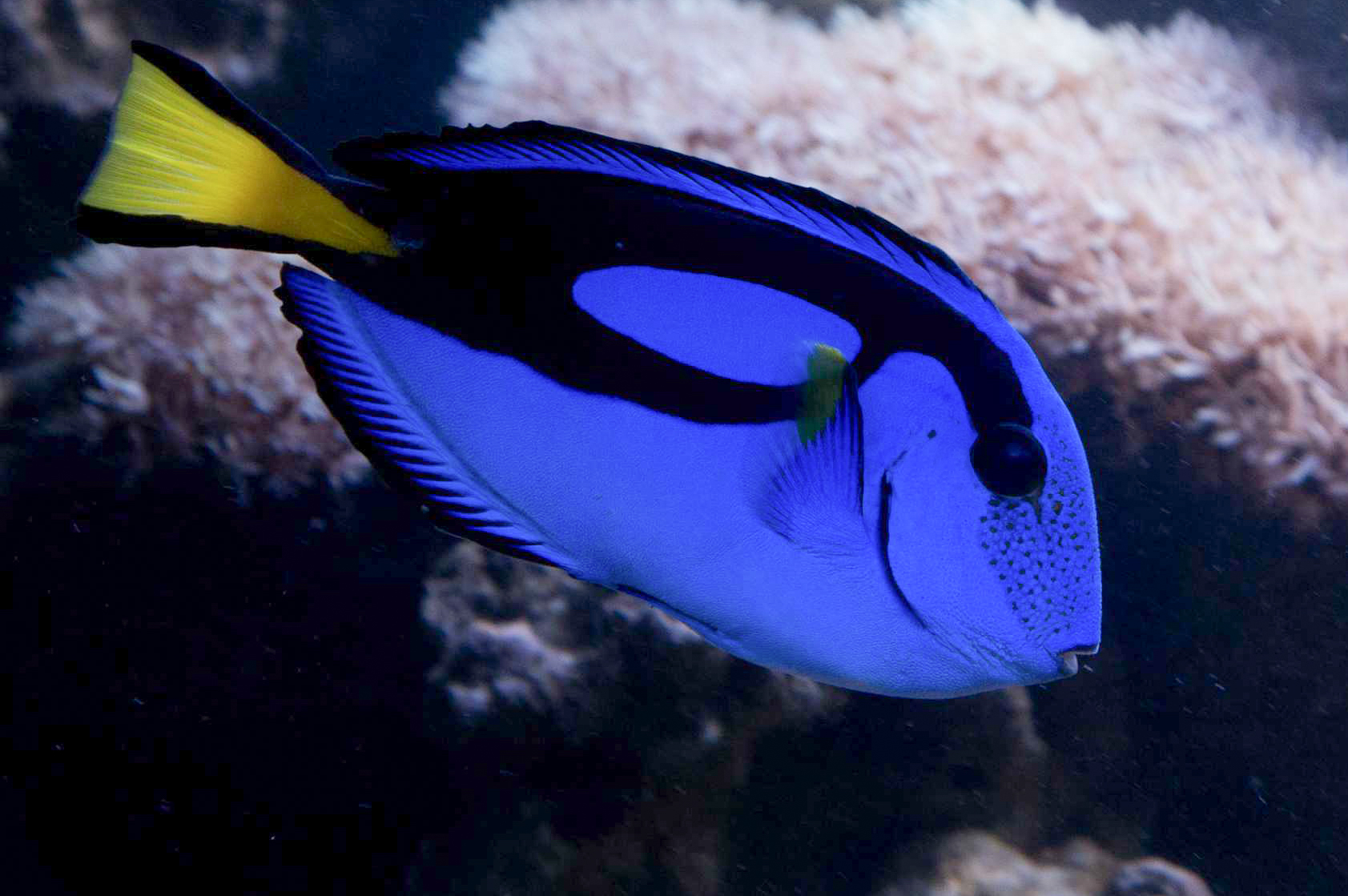 Dory is an adorable and absentminded blue tang (Paracanthurus hepatus). This species has a brilliant yellow tail and a bright blue body. In the Indo-Pacific where the blue tang is found, fishers often call this species ‘Letter Six’ because of the black 6-shaped design on its side. The blue tang feeds on plankton and algae, and protects itself with sharp spines on its back. This is the story of Dory as she travels from reefs in the Indo-Pacific to aquariums in North America. 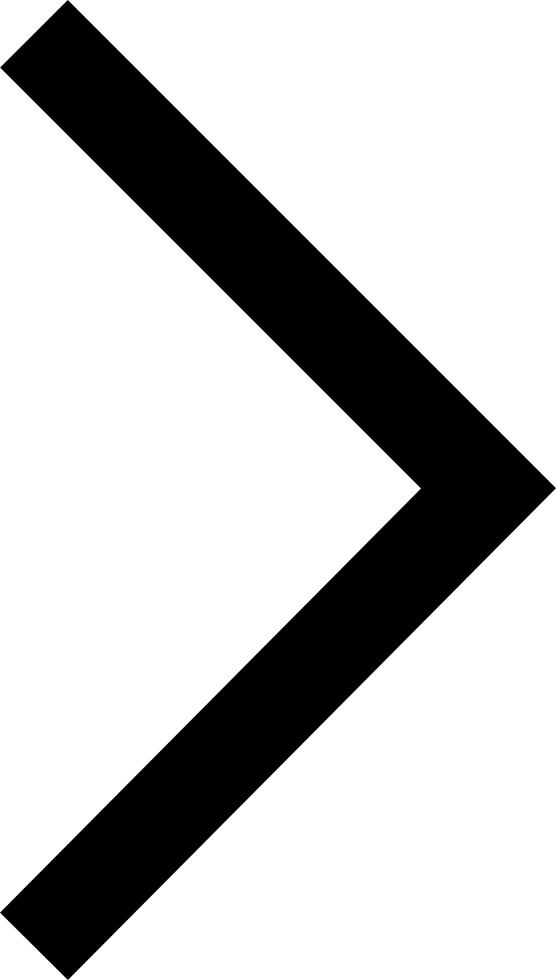 The brightly colored coral gardens of the Indo-Pacific are where Dory’s journey begins. While this species lives on reefs from Hawaii to Japan – Indonesia and the Philippines are where most blue tangs are collected. Join us where we first meet Dory, in her home, the ancient rainforests of the sea.

Dive in to Indonesia's Reefs 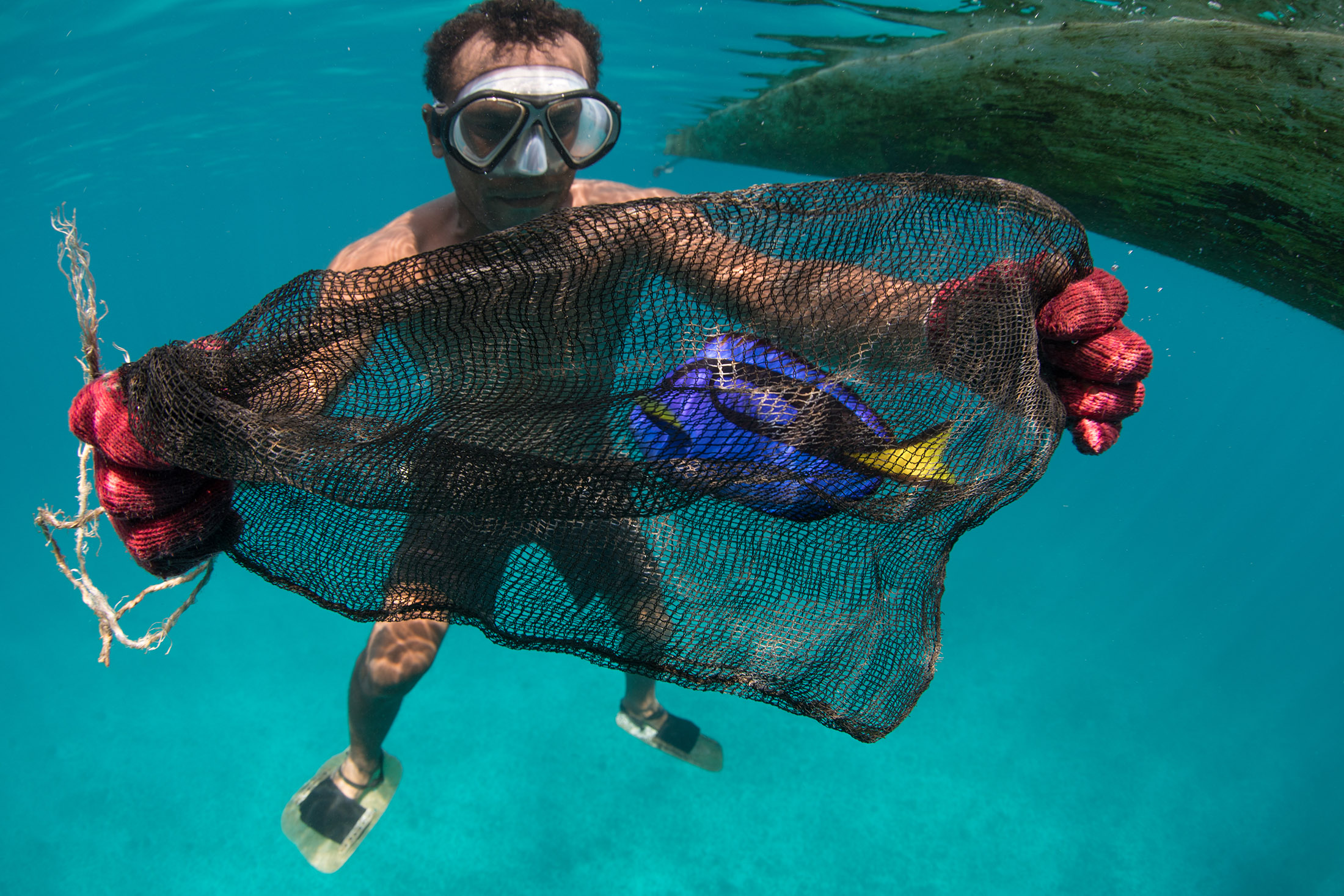 Dory’s global journey is set in motion by an aquarium fisherman, often called an ‘ornamental harvester’ or ‘collector’. Using handmade nets, snorkel masks and fins, collectors are experts at catching up to hundreds of fish per day. Often, collectors are from lower socioeconomic classes, having little education and relying on aquarium collection as a primary source of income. They are linked to fish in every way, banking on them and other marine resources for food, finances and their futures. Meet Rasdin, a Sama-Bajau or “Sea Nomad” from the Bokan Kepulauan District in Central Sulawesi, Indonesia. 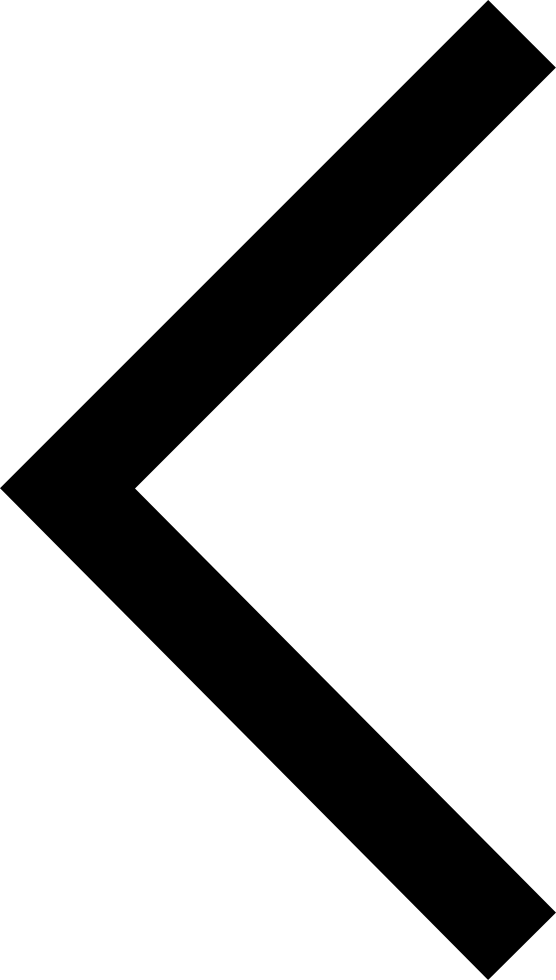 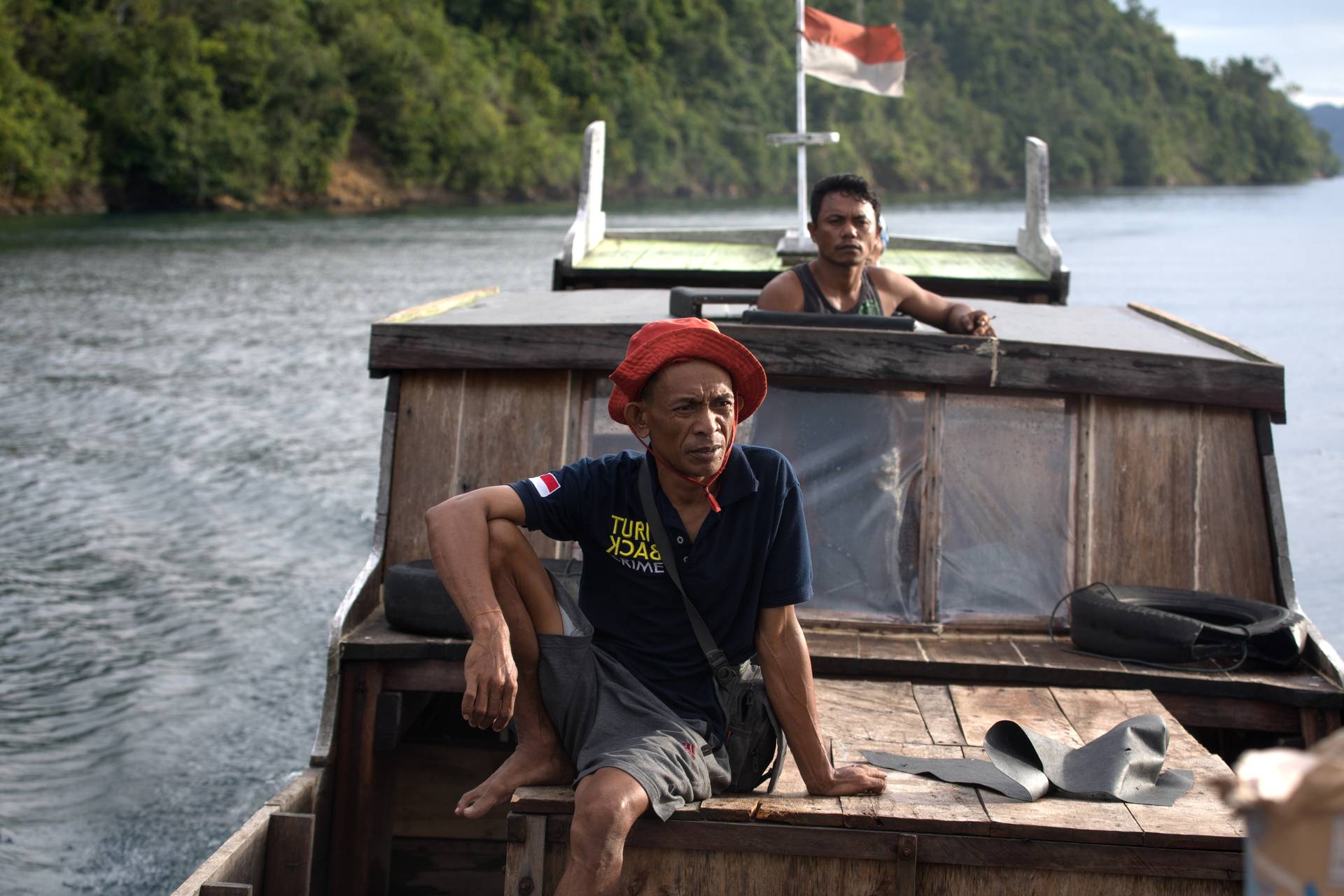 The next stop in Dory’s journey is being handed over to middlemen. Middlemen can buy fish from anywhere between 5-50 collectors, depending on how much territory they cover. Often business savvy, the middlemen are the first indication of the global reach of the marine aquarium trade. Responsible for selling, sometimes rearing, and transporting the fish for export, middlemen juggle fish biology, community-relations, business, and logistics. Meet Sarli, the middleman who works with Sama-Bajau fishers in Toropot Village as he helps move fish from the waters of Indonesia to homes around the world. 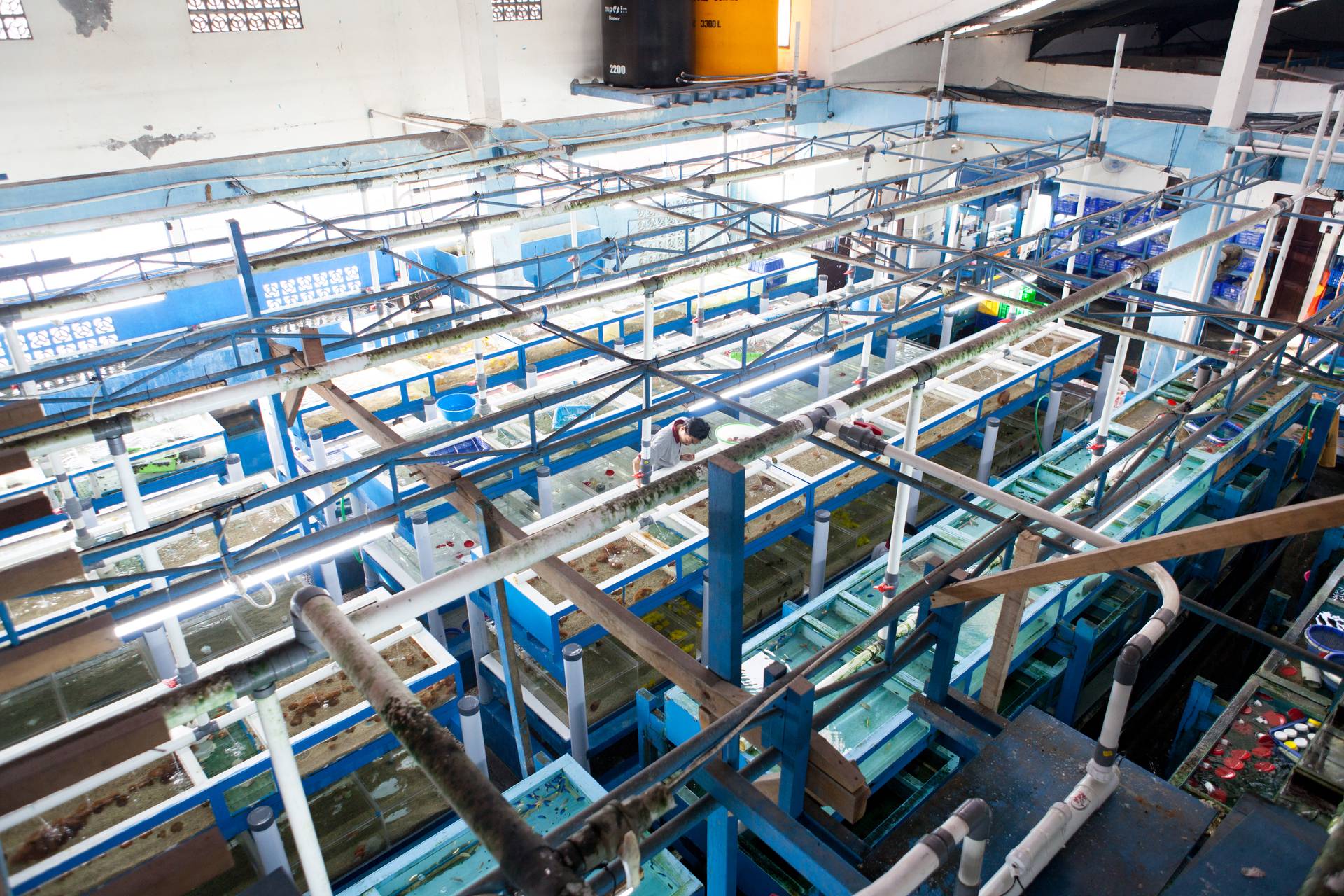 The demand for aquarium fish has been steadily on the rise since the expansion of commercial aviation following World War II. The advent of commercial flight made the rapid transport of live fish clear across the globe possible. Today, some 45 nations supply a staggering 2000 species of fish to countries around the world, though they mostly fill aquariums in the United States, Japan and Western Europe. To meet the rising demand for exotic fish, a new profession was born: the ornamental fish exporter. Meet Conrad Chen, one of the largest ornamental fish exporters in Indonesia, as we explore how the aquarium trade evolves from small-scale fish collection into global big business. 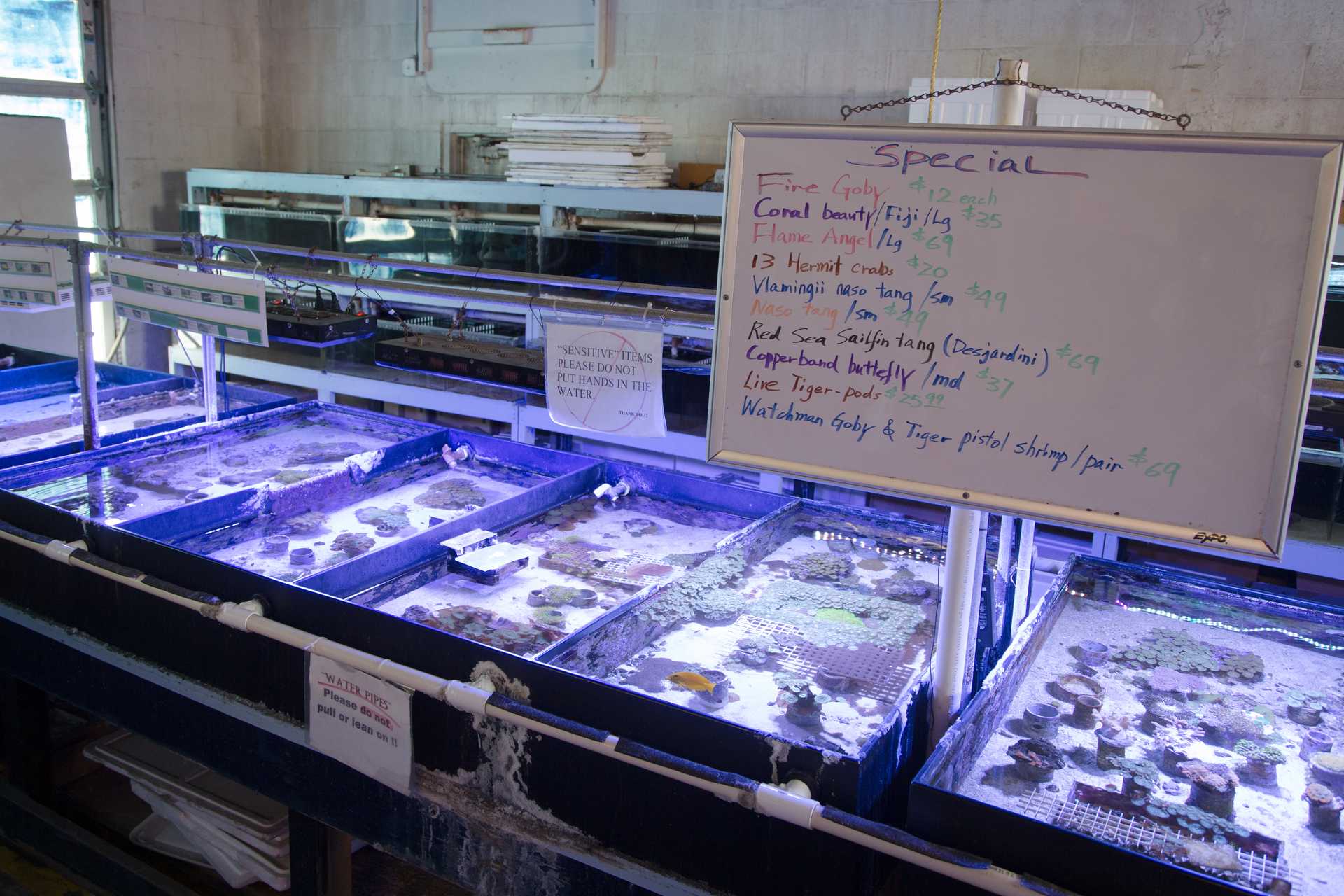 Importers are the first point of contact when fish land in the United States. They get large shipments of reef fish directly from exporters after they make the long overseas flight. With the rise of online shopping, the importer can also be the wholesaler and retailer all rolled into one, with hobbyists buying directly from them online. However, importers can also supply to smaller retail storeowners across the country, which then fill orders based on customer demand for particular species. Until recently, there was no way of knowing just how many fish were being imported into the United States, but the Marine Aquarium Biodiversity and Trade Flow online database changed all that. Now we know that more than 10 million individual fish are imported to the US each year. 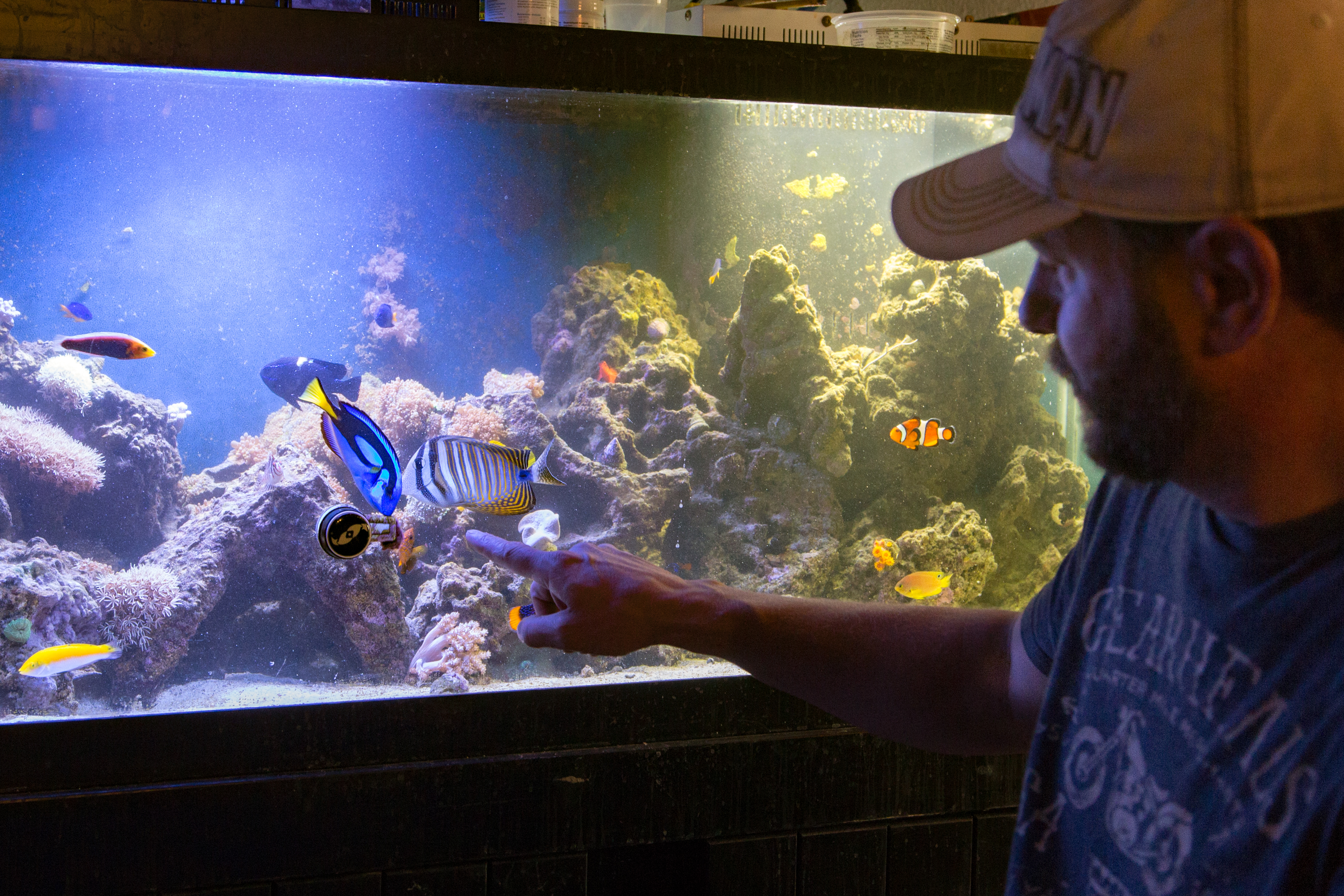 This is the final stop in Dory’s global journey – traveling thousands of miles and changing multiple hands before reaching the aquarium of a hobbyist in scenic Colorado Springs, Colorado. Sitting at 6000 feet in the Southern Rocky Mountains, Colorado Springs may be the last place that you’d expect to find a blue tang. Meet Chris, an avid saltwater aquarist with a meticulously-maintained 600-gallon tank. 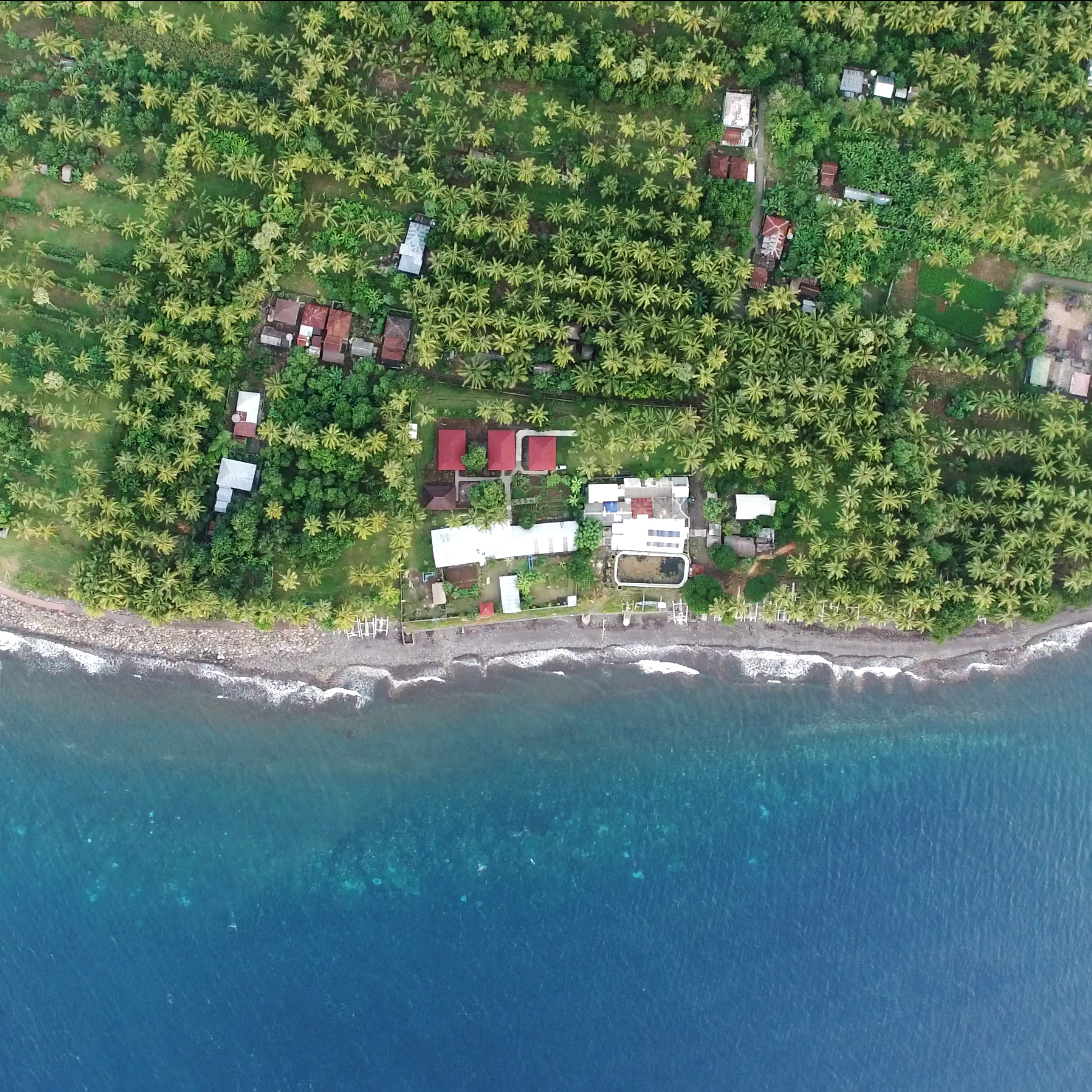 Dory’s journey is just one part of a much larger trade. Each year, millions of fish are collected on reefs and embark on a similar global passage. To safeguard both fish and people involved in the marine aquarium trade, learn some key solutions for keeping aquarium fish more sustainably.

Learn More about a Healthy Trade